So you are telling me there is a chance?

Share All sharing options for: So you are telling me there is a chance? 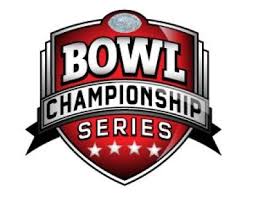 It looks like there could be a new wrinkle to the BCS that the big 6 would not like at all and I discovered the article on ESPN that explained this, and there is a chance a two loss team not in an auto qualifying conference could sneak in and it is BYU. BYU this weekend has to play San Diego State in a game that was previously suspended due to the wild fires, and this could be a benefit since BYU has one last game to impress the voters, but too bad its on the freaking Mtn and not on CSTV or Versus so only 5 people can see. As of right now BYU is 19th in the BCS and should win against SDSU and could move up in the rankings. Plus teams ranked above them are playing and with one key Pac-10 game there is a possibility that Brigham Young University could be in a BCS game.

The way for BYU to get into a BCS game is a little complicated (what else is new with the BCS). There is no way for BYU to get into the top 12, but if they are 16 and ahead of any other conference champ they get in. This is possible because believe it or not UCLA owns the tie breaker in the Pac-10, so if UCLA beats USC they go to the Rose Bowl and are in no threat to be ranked ahead of BYU. Then Hawai'i would have to lose and that would drop Hawai'i below BYU, coupled with projected losses by 14th ranked Tennessee and 11th Boston College might be enough for BYU to get in. BC might not fall low enough with a loss, but toss in the fact that Oregon is playing and ranked 17th and is falling fast without Dennis Dixon. Oregon will struggle against Oregon State, and might lose. So the simple way is to have BYU win of course and then by having Hawai'i, Tennessee, and Oregon lose and UCLA to beat USC and that should be enough for BYU to get in. So, for all the crying about Hawai'i getting into the BCS most of the country could be blindsided by BYU sneaking in. And if this happens it proves that a team from a non auto qualifier league does not have to go undefeated to make it to the BCS. There are a lot of IF'S in this scenario but the way this season has going would it really surprise anyone?