Here is the first full slate of games for the MWC and most teams are in action this Friday. The one thing that does bother me is that none of the games are shown on TV, but there are some on an internet feed. For the season opener one would think that the Mountain West Sports Network or CSTV would pick up games considering the MWC is their flagship conference.

This neutral site opener is against Liberty College in the World Vision Classic which is being hosted by Fresno State this weekend. Last season Liberty finished 14-17 where they play in the Big South Conference. While Big South is lower division I hoops, but they have teams such as VMI that is very good competition. This game should be won by the Aztecs but they should not take this game lightly on Friday. In a bizzare twist the Liberty Flames are coached by former New Mexico coach Richie McKay so he will be pretty familiar with this Aztec team. Liberty will be lead by Senior Alex McLean who lead Liberty last season by scoring 14.5 per game and almost 9 boards per game. My prediction should be a San Diego State win, but since McKay knows this team it will be closer then expected.

The new era of Colorado State basketball gets under way facing the Montana Grizzlies this Friday night in their road opener. Montana plays in the Big Sky conference and will be lead by Senior Andrew Strait who plays the 4 or 5 and averaged 14.5 points per game and is the Grizzlies 11th leading scorer in team history. Last year the Grizzlies finished with a record of 17-15, but this team was streaky by winning 3 to 5 games and then losing 3 to 5 games. However the Grizzlies are projected to be the Big Sky participant for the NCAA tournament. For the way that CSU has lost their best player to the NBA in Jason Smith and also most of the team, look for Montana to pull off the win at home Friday. 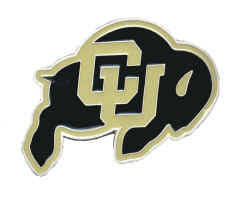 Here is another match up with a former MWC coach in Jeff Bzdelik who left Air Force last season. Colorado is coming off a disappointing 6-21 season and that is a reason they went out and grabbed Bzdelik who had success at the Denver Nuggets and the Air Force Academy. Colorado is lead by senior guard Marcus Hall he lead the team last year in assists and he is also a deep threat from beyond three point range. As for New Mexico they also have a good coach in Steve Alford coming in from Iowa where he was successful. New Mexico has been down in comparission to their success in the 1990's. This years squad will be lead by Tony Danridge who was third team all mountain west and is one of 4 starters back from last years team. Look for New Mexico to be able defeat Colorado with their depth of talent.

The Utes open up the Jim Boylen era against Atlantic Sun foe University of South Carolina Upstate Friday night. USC Upstate is currently in transistion to Division I and this will be their first year for Division I basketball, but the Spartans have had success for basketball. Just last year they finished 17-11 in the Peach Belt Conference. This game should be just another exhibition type game for the Utes. The way the Utes played last year they Coach Boylen better not let the Utes take this game lightly, because last year the Utes lost their home opener to Southern Utah University.

The Rebels are coming off an impressive season where they went to the Sweet 16 before bowing out to Oregon. This years Rebels might not be up to the talent level as last year, but they do have Junior Guard Wink Adams who was selected to the second team all MWC, averaged 16 points per game, and is a sharp shooter averaging 41% from three point range. The Rebels should be able to run up and down and keep their fast pace against the Bobcats. The Bobcats come from the Big Sky and finished last year with a 15-15 record. UNLV should be able to roll against the Bobcats and anything else should be unacceptable.

Air Force begins their new era by hosting their own tournament over the weekend and their first opponent comes from the Ivy League in Dartmouth. Just like Air Force, Dartmouth is ranked to finish in the bottom of their respective conference. Air Force graduated a lot of players and will struggle to score points this year. But against Dartmouth the Falcons should be able to pull this one out at home, but this game will be low scoring and whoever gets to 55 may win this game.