Here we go another excellent week of football. This week more conference match ups are getting under way and UNLV is on a bye this week. 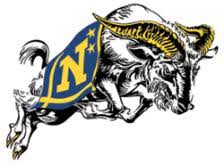 This is big game for both teams as they are battling for the Commander in Chief trophy. Air Force is coming off a crushing defeat against BYU while Navy is coming off an amazing come from behind victory against Duke. One thing that I do know what will happen in this game is there will be a lot of running yards gain. Even though Air Force is not doing the triple option they are still running an option oriented offense that still puts up the numbers. I feel this game will be in the favor of Air Force, because Navy has given up a boatload of points in the area of 34 points per game, while Air Force even when giving up 31 to BYU last week is only allowing 15.8 per game. For Navy to be able to get the win at home I noticed when watching their win against Duke that their tackling was not the best and if they let Air Force run and break tackles this could be a long day for the Midshipmen. This is a road game for Air Force and so far they have been hit and miss on the road they beat Utah and then lost to BYU. This game should be close because when Navy is at home they play well. If you want a more in depth look at this game go check out Pitch Right, it is a Navy centric blog that is quite good.

In any given year I would say Utah by 25 but this year when they crush UCLA and then get crushed by UNLV I have know idea how to peg these Utes. One thing I have noticed is that in their win the players were excited and pumped up for the UCLA game, so the players played extra hard to win. Then in the Vegas and Air Force games the players figured they could walk in and just out muscle these teams but that did not happen. Utah State did lose to UNLV in week one, so they are on that level of play. One concern for the Utes is that Brian Johnson has stated he will not be 100% come game time, but in the 90% range for his shoulder. Brian Johnson should start this game and keep giving the ball to Darrell Mack who has been the lone bright spot the past few weeks. If the Utes do get a sizable lead they need to pull Johnson and let Grady finish up, just so to give his shoulder some rest for the Louisville game. For the Utes to win they need to take this game seriously and demonstrate what type of team they are.

I am announcing this game as the pillow fight of the week!! The only team that Nevada beat was FCS team Nicholls State, and they were blown out by Nebraska, and loss to a Northwestern that gave Duke it's first win in 22 games (I think, but still long). If UNLV is as opportunistic as they were against Utah they should be able to win this game. Nevada has put up 31 points per game so they can score, but again that was against Northwestern and Nicholls St. I am not sure what to expect in this game, but I think it will be close overall. Players to watch are Frank Summers RB from UNLV and from Nevada watch for Nick Graziano who has thrown for 7 TD's and is very efficient throwing for a rate just above 50%.

Colorado State tries to end their 10 game losing streak on the road at Amon G. Carter Stadium against TCU. Having seen two of the Rams games the main concern they have is their mental mistakes and turnovers. The rams have a potent offense and a defense that is serviceable, and against TCU that is enough to hold them down. Aaron Brown is back for his second game after being hurt early in the year and he should provide some offense for the Horned Frogs, but the QB situation is not clear because Marcus Jackson split snaps last week with Andy Dalton in their 21-7 win over SMU. For TCU to win their defense is good enough to slow down the Rams attack and the offense needs to be able to put up some type of points to win this game. A side note to look for is that Tommy Blake is not playing in this game or the next game due that mystery illness. For Colorado State to win they need to limit the untimely turnovers in the redzone and if they get a lead they need to be able to hold on. My gut feeling says TCU will pull this off and extend Coloardo State's losing streak to 11 games.

Just like last week game with BYU and Air Force this game could decide who has the upper hand in conference. New Mexico has looked good in all of their games offensively with the exception against UTEP. Time to tangent here but I was listening to local sports radio here in Salt Lake and one of the hosts, who I know, was going off on New Mexico's defense. Their defense is not the best but when they played UTEP they gave up only 10 points, and the game against New Mexico State, yes they gave up 450 passing yards, but what team does not give up at least 325 to Chase Holbrook who is the top junior QB in college. OK so back to the game, BYU is looking for their first road win and the Cougars have been bad on the road so that is a plus for New Mexico. Also, New Mexico has two stud receivers which is a similar set up that went against BYU when they played Tulsa who had two good backs. While Donovan Porterie is not quite as good as Paul Smith he is a talented QB who can throw. Also, something New Mexico has that Tulsa did not have was Rodney Ferguson a top notch running back. BYU does have the offensive power to throw and put up points against the Lobos, but New Mexico should follow suite as Tulsa and bring the heat. With their 3-3-5 defense the blitz comes from multiple spots and makes it hard for Max Hall to know where the pressure is coming from. The Cougars have their own explosive receiver/return man in Austin Collie, and if he is fully healthy from his ding from last week could be the key for the Cougs. Since the Cougars have played so poorly on the road I really want to choose New Mexico because they have been playing better then expected, but BYU is also the defending conference champ with an 8 game conference win streak on the line. Speculating from what I have seen this year I will go with New Mexico in this weeks game, but it will be similar to the Tulsa game.

Another ranked team from a BCS conference makes its way wet to play San Diego State. This time 24th ranked Cincinatti comes into Qualcomm. The Bearcats of the Big East are one of the surprise teams this young season. The way Cincy is beating opponents is with their strong defense, where they are giving up just under 8 points per game so far. That does not bode well for the Aztecs who are offensively challenged this could be a long night. While Cincy does not have the offensive numbers one would think, and that can be linked to their defense giving them such good field position and working with a short field. For San Diego State to have any chance they need the passing game to keep doing what it's doing (throwing for 313 ypg) and some to hang around. Mistakes need to be limited because the Bearcat team takes advantage of turnovers and stalled drives. This is an easy one, Bearcats will win.