Player and team of the week

Share All sharing options for: Player and team of the week

I was thinking about this since Thursday watching Air Force beat TCU on some defense heroics and trickery on 4th and inches. That was until the Utah Utes took field at Rice Eccles when they destroyed an overrated Pac-10 team in UCLA. The Utes brought out the trickery by playing true Freshman QB Corbin Louks and Darrel Mack having the first 100 yard rusher for the Utes since the 2005 Emerald Bowl when Quenton Ganther did it then. This win will mean nothing if Utah does not capitalize on this win and keep the speed going forward.

As for Player of the Week this is a tough one there are so many worthy players in Donovan Porterie who threw for 327 yards and 3 TD's, ther is also Darrel Mack who had a career high in rushing yards and had 3 scores himself, or Jim Ollis from Air Force who had 138 yards rushing and an amazing 71 yard TD run on 4th and inches. But for this week I am going with the team that had the huge uspet so this week Darrel Mack is the player of the week. 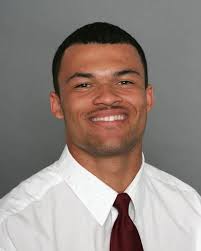